© Spirit Heart Sanctuary and The Crystalline Matrix. Unauthorized use and/or duplication of this material without express and written permission from this blog’s author and/or owner is strictly prohibited. Excerpts and links may be used, provided that full and clear credit is given to Maia Nartoomid and The Crystalline Matrix with appropriate and specific direction to the original content.

Thoth on the Planetary Genius:  It is the completed thought form containing the identity of consciousness for your World Domain from its Alpha through Omega (beginning to end). It is untainted, free of all illusion, and yet it is not omnipotent, as it defines and identifies, therefore it has a distinct polarity, and that polarity is to qualify and preserve the Eschaton of the Earth.

In the Book of Zarathustrian Lords (lost book from Akasha), the Genius is the single most important vehicle in the completion of Victory over Evil, for an incarnated soul who has received his/her Genius is the one (form of) being who can utterly destroy the Beast.

BEFORE CONTINUING, it is suggested that you read this treatise on the Planetary Genius.

The “Light Symbol” was given to George L. Lawrence in a dream (which was actually not a dream), which he shared with me in 1974. I suggest you read about this as well, before continuing: The Dream: to the Inner Earth and Back

I only recently came across my old letters of communication between myself, my mother and George L. Lawrence, in which his recounting to my mother of his dream was given – and the symbol hand-drawn by George. Then, just the other day Thoth revealed to me that this symbol is actually the Light Symbol (or Doctrine of Signature) of the Planetary Genius!

I felt guided to create three activational art works (thus far), with this Symbol. One is for all to download. The other two are exclusive to my NESIA Portal Subscribers only. 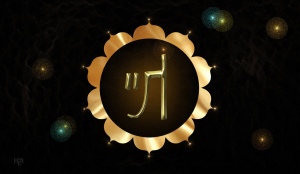 WHILE THIS SYMBOL IS CURRENT FREE, IT IS NOT TO BE COMMERCIALLY SOLD IN ANY FORM BY OTHERS.

Poor little Pluto. It was UN-planeted by our scientists for awhile and then given BACK its title again. But no earth scientist can determine what makes a planet a planet. The difference between a fully imbued planet and a conglomerate bundle of rocks orbiting a star is if that rock or gas planet contains at its sacred center, a Planetary Genius. Once it is “quickened” in this way, it become inhabited with a planetary SOUL.

Thus, from this higher perspective we have eleven ensouled planets orbiting our sun. All of them but ours may seem “dead” – especially the rocky bodies such as Mars, but they are far from it. We are viewing them and even treading upon them with our drones, from within our own reality stream and not theirs! Yet our energy bodies are interacting with their true forms, as they are with us. But without fully streaming planetary mantles, we are missing out on a large amount of that communion.

The LIGHT SYMBOL OF THE PLANETARY GENIUS CONTAINS THE ENERGETIC INSCRIPTION OF THE “BIRTH DATE” OF EARTH’S PLANETARY GENIUS…when it was sparked from the quickening of Divine Accord. Meditation upon this Symbol will bring you into a closer harmonic with the “Genius” of your own Nature. It is thus the Doctrine of Signature for GAIA.

PLEASE SUPPORT ALL THE FREE INFORMATION I OFFER ON THE INTERNET BY SUBSCRIBING TO MY KYI’RA PORTAL, PARTAKING OF MY SERVICES OR DONATING TO MY NON-PROFIT SET UP FOR THIS PURPOSE. The donation page allows you to choose recurring auto payments. Even a small recurring donation would be greatly appreciated.

YOU CAN FIND THE LINKS TO ALL MY WEBS & BLOGS HERE

I am a priest in the Ascension Alliance, Dame Prioress of the Priory of the White Stone, a spiritual consultant, Akasha translator (reader) and visionary artist. I have been translating from the akashic consciously as a profession of Spirit since 1967. I am co-founder and now sole operative of Spirit Heart Sanctuary, a non-profit church. My main font is the New Earth Star Inner-Academy. I work with planetary transformation and inner self-awareness, employing heart ascension principles. My internet services extend to members and participants globally. View all posts by Maia Chrystine Nartoomid